Reinforcements for the Russian Grenadiers 1808

During the last week I been painting me some more Russian Grenadiers, 20 foot minis and one mounted, for my Finnish War 1808 project, I now can field 4 groups of 8 minis, colour party, drummer and officers. The marching minis are from Warlord and the rest are from Brigade Games.

I just noticed that a picture of my minis are used as banner at the Wargames Soldier and Strategy facebook. The picture ate from my article about Viking Zombies in the latest WSS issue 85:)

If you scroll down a bit on the WSS facebook page you might find some commersials for the Greate wargaming servey, even one from Sweden;)  Please help out to fill it in, you find it here.

Email ThisBlogThis!Share to TwitterShare to FacebookShare to Pinterest
Etiketter: Wargames Soldier and Strategy 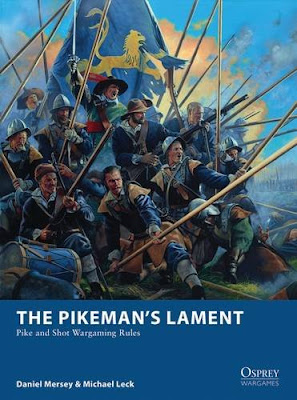 Seems like Osprey released the Final cover for The Pikeman´s Lament, at least its up on Amazon.

I really like the cover by Mark Stacey, a Greate artist, and I glad that he made it Swedish as I requested as well as listen to my feedback fron the initial scetch.

As you can see I got a change the banner, the one on the scetch are absolutely a historical swedish one, but I wanted a Swedish Lion Rampant as that to are a known Swedish TYW flag as well as Sweden have Lion Rampant in its official CoA that you can see even on the back of the well known Vasa Ship from 1628 AND ofcourse to show the connection to the origin of the rules, the Lion Rampant rules by Dan:)

Also got the central pikeman to get a Gustavus Adolfous heroic look and not a bandage as you know Swedes never get wounded;)

Rules are due to release by the end of January 2017

Email ThisBlogThis!Share to TwitterShare to FacebookShare to Pinterest
Etiketter: Books, The Pikeman´s Lament

For my Finnish War project I have made a dive in to the half finished unit box and found the Nyland Dragoons i started a couple of years ago, was indeed time to get the finished;)

They was made from all kind of perry plastics and as they can dismount during the game I made a group of 8+Officer Mounted and 6+Officer and Horse Holders Dismounted. 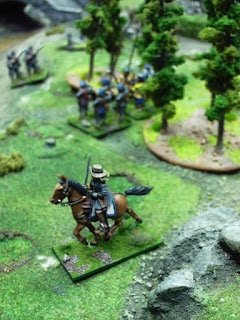 Matt running the Ubique blog helped us out with the playtest of the Pikeman's Lament and he have posted a Greate AAR and write-up for the rules at his blog, please take a look.

I have added 2 groups of Russian grenadieres to my Finnish War 1808 collection. The march attack pose minis are plastics from warlord games. All other minis, Officers, NCO´s, Drummer and Musketeers in the pictures are metal from Brigade games.

The last 4 pictures are a group of Musketeers to be added to the 3 i already have. Now I will paint me a further 2 groups of Grenadiers.

You can read a bit more about the Draugdrottin in my article in WSS issue-85.