On request I have put together a basic Impetus armylist for "Rebell Swedish" and "Union/Danish" armys ranging from 1434-1471 i.e. from the Engelbrekt rebellion to Battle at Brunkeberg. I haven´t tryed them out yet, but I hope that they work... might be some changes in the future after some playtesting;)

To the Allmoge units I would use about 10 minis, 50% crossbow/longbow and 50% with different kinds of handweapon,polearms, spears and improvised weapons, I would even mix in a knight or two in some unit as the nobles often disounted and led the allmoge by example.

I would alsoe use all sorts of armour ranging from non to full plate for the knights, the allmoge troops used what armour they coud get hold of even if it was obsolete. Iron hats was comon and the occasional shield of all sorts, from the old round shield to the knight sort.

Here comes some pictures of the first unit of Swedish/rebell Allmoge Militia under command of Kristiern Bengtsson from the House of Oxenstierna, He was the brother of the in 1463 imprisoned Swedish Archbishop Jöns Bengtsson.

The Oxenstiernas was first Pro-Union but when the Danish King Kristian I Imprisoned the Archbishop Jöns they turned rebells...but in a year or two they was back on the Pro-union side again... 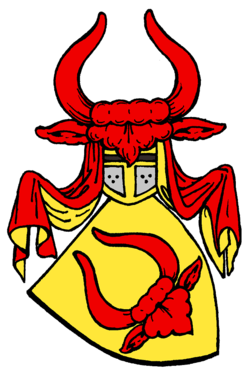 Coat of Arms for the House of Oxenstierna

Some variations of the Coat of Arms

Kristiern Bengtsson from the House of Oxenstierna commanding Allmoge from the county of Uppland, a region there the Oxenstiernas had lots of influence.

Here are some closeups of the Unit Commander Kristiern Bengtsson and a Picture of a Churche painting that I used as Inspiration for him. The Church painting are from Tensta Church in Uppland and are a portray of Kristierns and Jöns father Bengt Jönsson.

Here are the first pictures of some of my 15th Century infantry on 40x40mm bases. This are a small unit, will probably have 2 more bases, of Danish and German Mercenarys under the command of the Brothers Erik and Ivar Axelsson of the House of Tott. 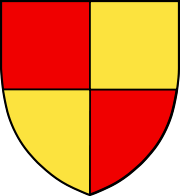 Coat of Arms for the House of Tott

The Noblemen of the House of Tott started out as Union/Danish supporters but in 1466 they switched sides and declared war on the Danish King Christian I and started to support and fight for the Rebel side...

Brothers Erik and Ivar Axelsson of the House of Tott

The rumour are true...

...I have rebased my 15th century Swedish minis for my Kalmar Union Project...I have droped the Impetus bases and started to use 40x40mm bases with 3 minis on each base instead...WHY? you may ask...

First my 2mm MDF bases started to warp, so I had to rebase them anyway.

Second the large 120x60mm bases was very nice BUT it is more convenient to have them on the smaler bases, this gives me more options regarding troop organisations and trying out different rules as I´m not sure that I will use Impetus Rules for this Project.

I do´t realy like the offical classing of the Swedish militia troops in Impetus and I will try out several different rulse, i.e. Impetus, Hail Caesar, Bloody Barons etc.

So the new basing for infantry are 3 minis on a 40x40mm base and for cavalry 2 minis on a 40x60mm base wich I also will use for Generals.

Here are a first picture of the Commander in 1464 rebellion, Bishop Kettil Karlsson from the House of Vasa on he´s new 40x60mm base...

Same battle in a new AAR;)

My friend Björnt that I played the Hail Caesar game with have made he´s own AAR of the Carthagian loss (As he was the Carthagian General I suppouse it is full of Hannibals propaganda...)

You can find it at our clubs forum, just scroll down a bit...

He have used the Battle Chronicler to make very nice maps over the Battle. 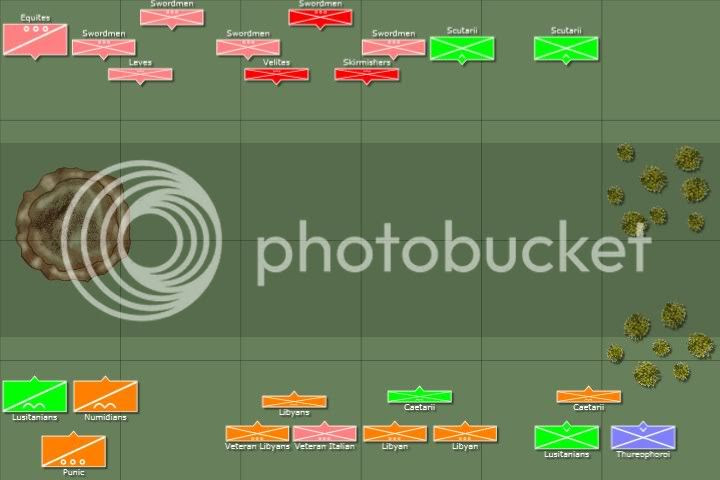 Yesterday I and my friend Björn had a first go with the new rules Hail Caesar. I had put together a small scenario based on the battle at Cissa in 218BC. We used the Björns stunning Romans and carthagian 28mm minis. 2 bases with 8 minis each was a average unit, and we playd om a 120x180mm table. I realy like Black Powder for my AWI games and Hail Caesar will probably be my primary ancient/medieval rules...as they are quite easy and gives a realy good game.

At last are they are going to make a Swedish produced film on one of my favorite books: Röde Orm – The Long Ships written by the swedish authour Frans G. Bengtsson.

The news was released yesterday at the Cannes Filmfestival. There will be 2 films and a tv-serie out of the about $30 million dollar budget and they plan to start filming in 2013 for release in 2014 and 2015...can´t wait:)

You can read a review of the book at Paris Reviews 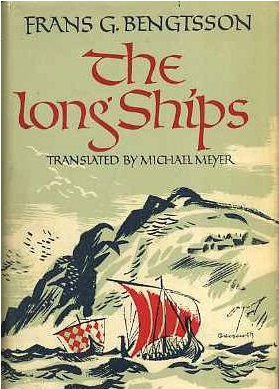 Last summer did I paint some more Late Romas, but I haven´t based them untill now... whem I based these I alsoe rebasded the unit I already painted with matching shields and all my support Archers to... I guess I will rebase some more of my Late Romas...

The minis are a mix of Gripping Beast and Black Tree, based on 80x40mm for the formed infantry and 80x30mm for the Archers.

Here are tha rest of the Samurais and there Commander.

They likely be out for sale in the near future if I get a fair bid... ;)