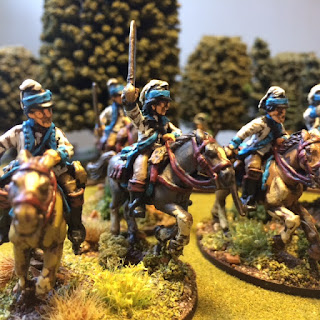 I have had them primed for about 4-5 years but never come around to paint them... but with the Rebels and Patriots rules in the pipeline I decide it was time to give them some love. The minis are from Foundrys AWI range (Sculped by Alan Perry) pack: AWI026 - Dragoons Command and AWI025 - Dragoons In Helmets. It dosent say wich of the Continental Dragoon regiemnt they are but as far as I know they looks like 3rd Light Dragoons so that is the way i tried to paint them for my Rebels and Patriots Light cavalry unit..

In the background you can see a Light infantry mini in chain helmet that also are from Foundry and pack: AWI044 - British Infantry Command In Chain Helmets. I only got that mini from the pack as I belive he was included as a sample mini in my order. I have painted him as a member of the british legion as I have hopes to paint more British Loyalists. 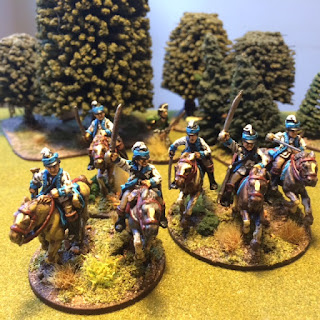 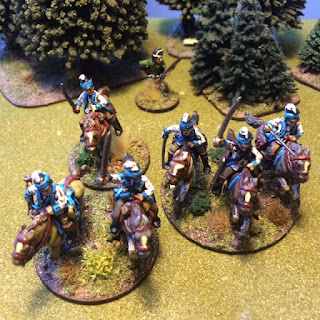 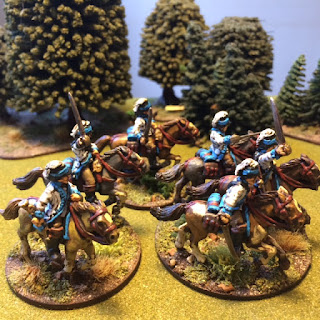 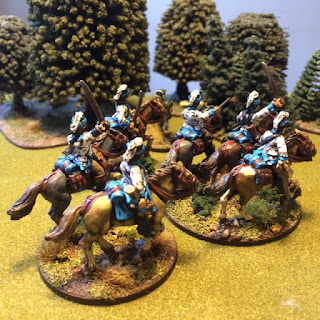 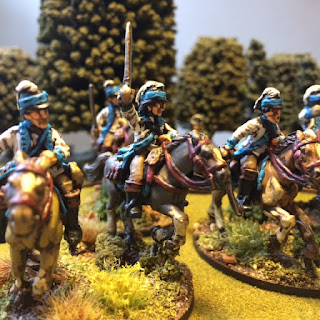 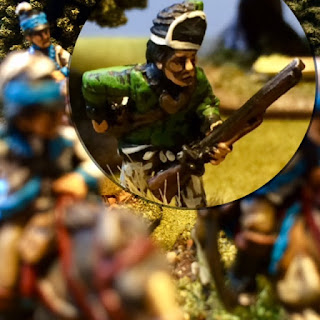