Rebels and Patriots in Mexico 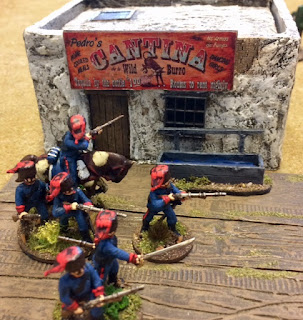 Last week my son David and I had a small Rebels and Patriot game set during the Mexican-American War 1846-1848.

The scenario was a American colon that needed to exit the board to the East (1VP for each unit leaving the board) and a Mexican force to perform an ambush mainly from the South board edge to stop them (1VP for each American unit routed).

Short recap of the game.

The Mexican was allowed to deploy one unit at the East board edge and the rest at the South, the American deplyed in Colon on the road from the West.

It all lokked like an easy win for the American but the Mexican seemed to have extreme morale as they time after time passed Morale checks and continued the fight...

When the smoced cleared the Mexican forces was all routed but they had managed to cause 3 American to rout so it all ended upp in a Draw 3VP vs. 3VP. 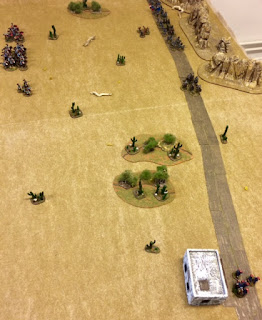 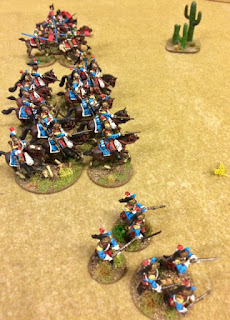 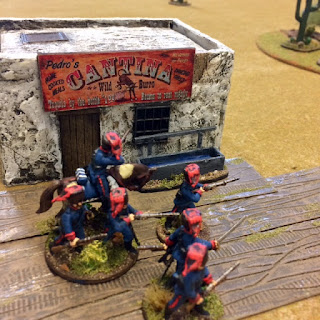 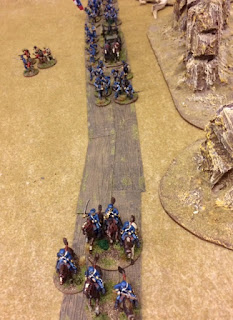 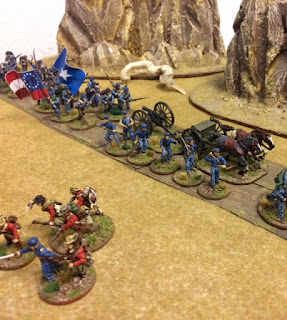 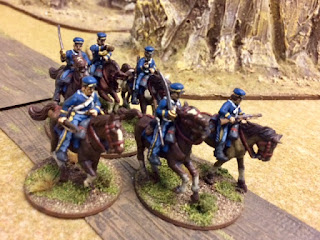 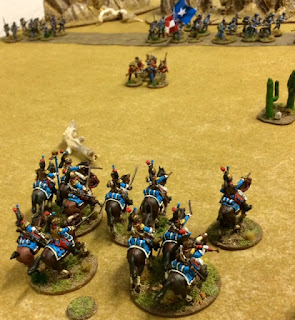 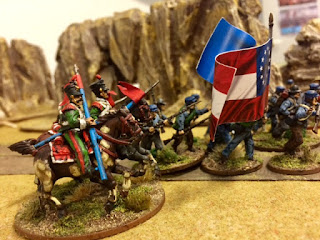 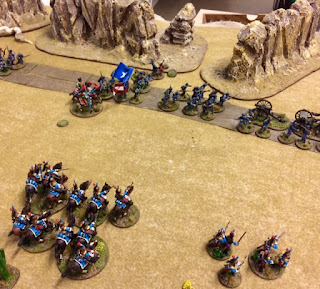 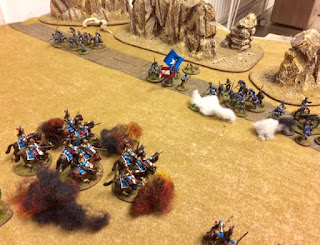 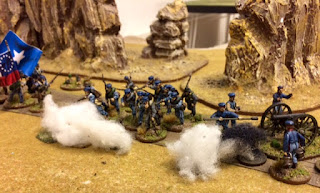 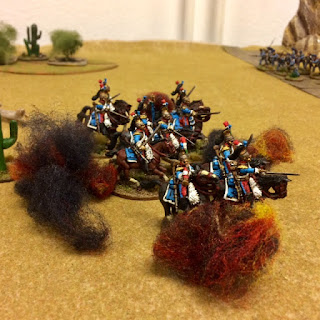 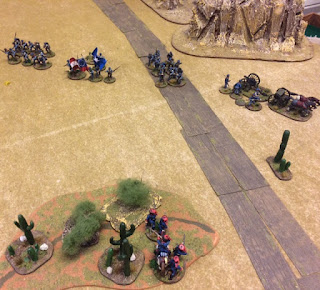