So to my new wargaming project in conjunction with my playtest of Dan Meresys "The Men Who Would Be Kings", I have searched for a good Swedish angle of the colonial wars in Africa and the Swedish Officers in the Service of King Leopold and the Free Congo State are one track that I will follow leter on...

But I wanted some thing evem more exotic...

So I decided to run a project revolving around Cabo Corso - The Swedish Gold Coast in 1650-1663, present-day Ghana. The 1650´s are not really the focus of the rules but as the rules are so general, as Lion Rampant, it is no problem to use them just as they are 200 years erlier, a man got to do what a man got to do to get a Swedish connection ;) The Swedish colony was founded in 1650 by Hendrik Carloff in present-day Ghana in Africa. It lasted until April 1663 when the whole Swedish Gold Coast was seized by Denmark and integrated it in the Danish Gold Coast.

...always the Danes, not even down in Africa they will let us Swedes work in peace... ;)

The colony consisted of only a few forts and trading posts i.e. factories, scattered around Cabo Corso in what later would become the British Gold Coast then Ghana.

Each of the three Swedish administrators had a different title:


Following the foundation of the Swedish Africa Company (1649) by Louis de Geer an expedition under the command of Hendrik Carloff was sent to Africa in 1650. Carloff made a treaty with the Akan King of Futu (also Feta) on selling some land by the coast. On 22 April 1650 the Swedish Gold Coast was founded and Carloff became its first administrator. In 1652 the foundations were laid of the fort Carlsborg.

In 1656 Johan Filip von Krusenstierna was appointed the new Governor. This enraged Carloff. He left Cabo Corso only to return on 27 January 1658 on the Danish Privateer Ship, Glückstadt. Fort Carlsborg was seized and made part of the Danish Gold Coast colony.

King Charles X Gustav of Sweden made this one of his reasons to go to war with Denmark. After the Treaty of Copenhagen in 1660 Cabo Corso Castle was to be returned to Swedish administration: However it then was revealed that Carloff's associate Samuel Schmidt or Smith had already sold the colony in April 1659 to the Dutch West India Company on his own, and had disappeared with the gold to Angola.

Later on the local population started a successful uprising against their new masters and in December 1660 the King of the Akan people subgroup-Efutu again offered Sweden control over the area. A new expedition was sent to the colony which remained under Swedish administration only for a short period. Von Krusenstierna was reappointed as administrator.

On 20 April 1663 Fort Carlsborg and the capital Fort Christiansborg again were seized by the Danes after a long defense under the Swedish commander Anton Voss.

On 9 May 1664 the area again was seized, this time by Robert Holmes who made it part of the British Gold Coast colony.

As inspiration for the project I have 4 Comic books published 1977-1982 "Johan Vilde" that tells the story about a young Swedish Ship-boy that end up in the Swedish Gold Coast, the books was only published in Swedish, sorry....

So now it is just to start to paint some minis... 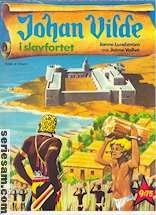 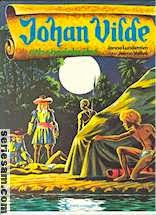 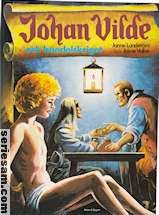 Email ThisBlogThis!Share to TwitterShare to FacebookShare to Pinterest
Etiketter: 28mm, Colonial, Swedish Gold Coast 1650, The Men Who Would Be Kings