In the latest issu of Wargames Soldier and Strategy, issu 82, you can find a article of mine revolving around Swedish Crusaders and the Battle of Leal 1220 scenario for the Hail Caesar rules. While playtesting the scenario I took a bunch of pictures for the article, not all was included, so I thought I share the rest with you here. The minis nad terrain are from my collection as well as my mateys Jonas and Jesper 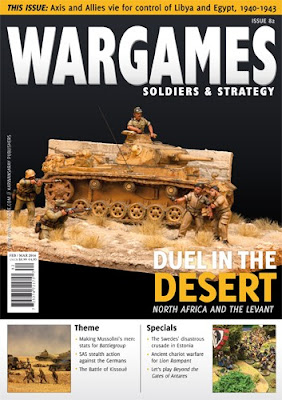 Feature: "Swedish steel in the conquest of the Baltic - The Swedish Crusades"
According to the Eric Chronicles, King Eric rallied knights, farmers, and servants from the entire Swedish realm in what was known as the Ledung fleet, to combat the heathens. The King appointed Birger as the leader of the crusade. The chronicles tell us that the men were well-armed with weapons, helmets, and armour, and the women cried as the men embarked to sail across the Baltic Sea.

If you want a copy of the Wargames Soldiers and Strategy magazine issu 82, to read my article you can order one at the WSS webshop.