Whiskey on the Rocks - Wargames Soldiers and Strategy issue 83 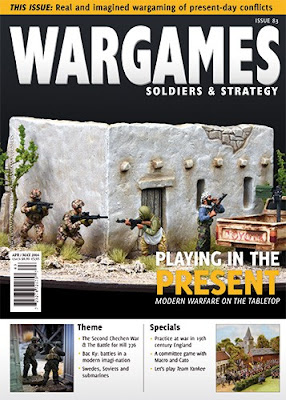 "Whiskey on the Rocks" incident.

This time I have been outside my ordinary comfortbox and gone modern...at least 1980´s... In Wargames Soldiers and Strategu Issu 83 you can find my article about the the ‘Whiskey on the Rocks’ incident.

On 27 October 1981, submarine S-363, a ‘whiskey-class’ submarine of the Soviet Baltic Fleet, ran aground on the Torhamnaskär reef on the south coast of Sweden, approximately 10km from Karlskrona, the largest of the Swedish naval bases. The ensuing international incident is often referred to as the ‘Whiskey on the Rocks’ incident.

I have created a series of linked ‘what-if’ scenarios for WSS which operate under the premise that the Russians and Swedes did not (or were not able) to resolve their differences peacefully. Most of the scenarios was fit into the magazine, but due to space concerns mission 3 was left out of the magazine but have been published at the WSS website, complete with the relevant map. You find it here: Mission 3 – Little Red House

"How a game was planned and built for Salute"

In this issue I actually are involwed in two articles the second one with my matey Jan Kärrman that I run the "Stockholm 1392" game at Salute 2015 with.

Putting on a game at a wargaming show is stressful but surprisingly addictive. As soon as you’ve done one, you inevitably start to think about how to do it better and (often) bigger next time. We put on a medieval participation game at Salute 2015, and while the experience may have left us exhausted, it also inspired us to have another go. But before rushing headlong into another project, we thought it would be good to take stock and remind ourselves what went well and what could be improved. (There might also be a number of readers thinking about putting on a game for the first time. We hope that you’ll be inspired by reading this article to do just that.)

If you want to read the articles you will find it in WSS Issue 83 that you can ordere here. 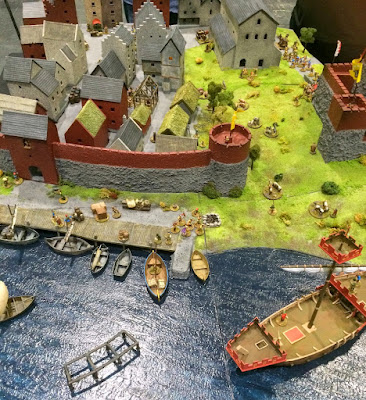