As you surely know I got my hands on a previw copy of the new Osprey wargame Dux Bellorum by Daniel (Dan) Mersey.

The rules are up for official release at Monday the 20th of august and I thought I would share my first impressions of the game with you, especially as I now had the opportunety to try them out properly for the first time. AAR in a day or so:)

The Basics, Dux bellorum are a set of wargaming rules focusing on Arthurian Wargaming 367-793 AD.

The book in it self are 64 pages, full colour and sprinkled with greate pictures in the Clasical Osprey format. I must admit that I like the format very much, you get a full game that is easy to carry around and you don´t have to await for THAT army list to be released. It´s all in one book, splendid.

The text in the book have a clearly layout, are well writen(at least for me that not have english as my first language), and with several diagram that shows different gaming situations and rules explanations. 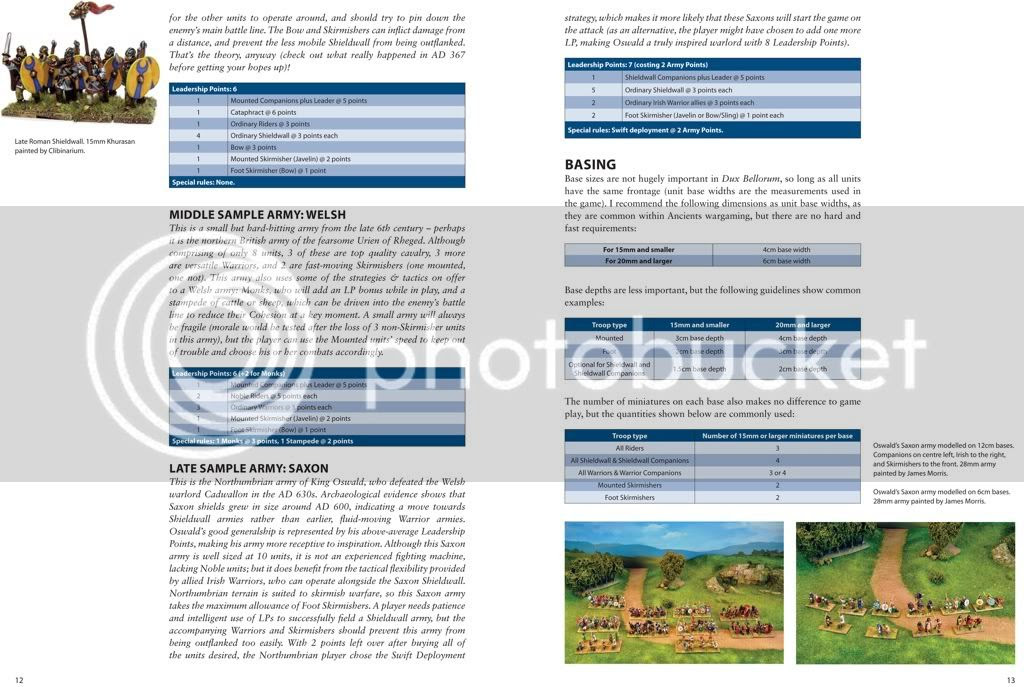 The rules was easy writen and easy to learn, but as with all new rules it will take some games to get all the detail right. Dan have been quite inovative in he´s rule writing and come up with some greate mechanism, like the leadership points and a twist to the turn sequence, that will take some time to get use to.

So far my only concern have been that there are quite much markes on the gaming table, one sort for the Leadership Points and one to keep track of the units lost Cohesion.

As the focus are on the Arthurian era there are a limited selection of army list, Late Roman, Romano-British, Welsh, Saxon, Irish, Pictish and two different Raider lists, that actually are variations of the other six lists.

Even though a limited number of lists I feel that there are plenty of room to customise the different armies, to try different tactics and options of how to game them. Dan have included about 20 different "Strategies and tactics" to add extra flavour to the army lists, some of them more or less historical. 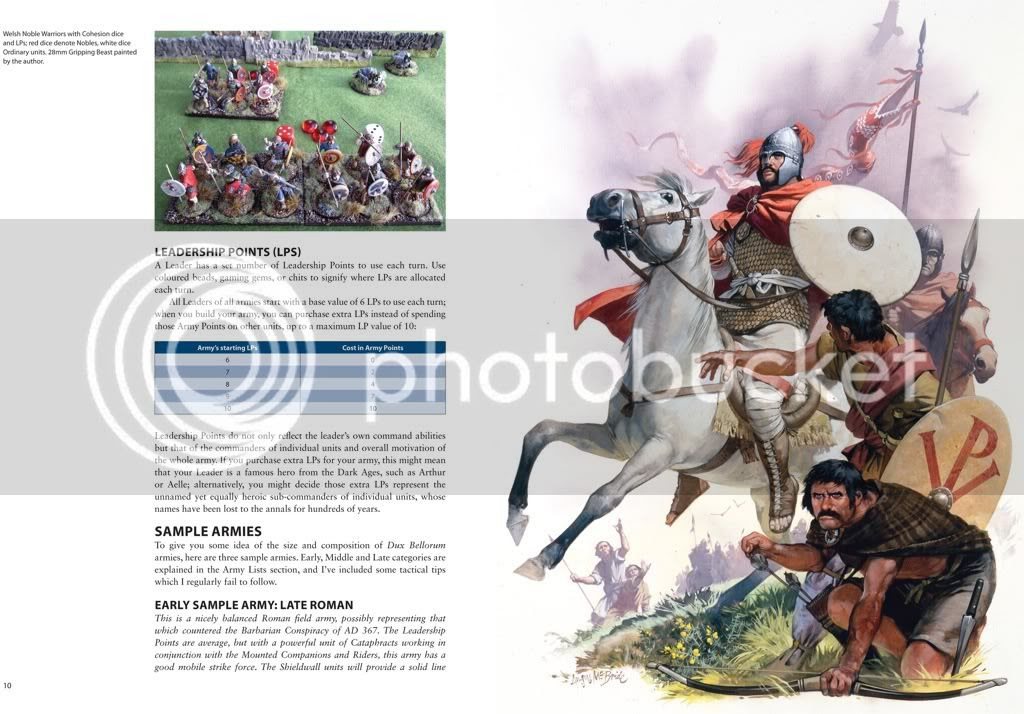 So to the big question are Dux Bellorum worth the money?

Ofcourse yes! especialy if you are in to Arthurian wargaming, but they will work fine for the "Viking" era to as they are realy generic in troop clasification. So for less than £12 you will get a stunning book with easy and still inovative rules for dark age wargaming. I think these rules will be perfect for pick-up games at the gaming club. 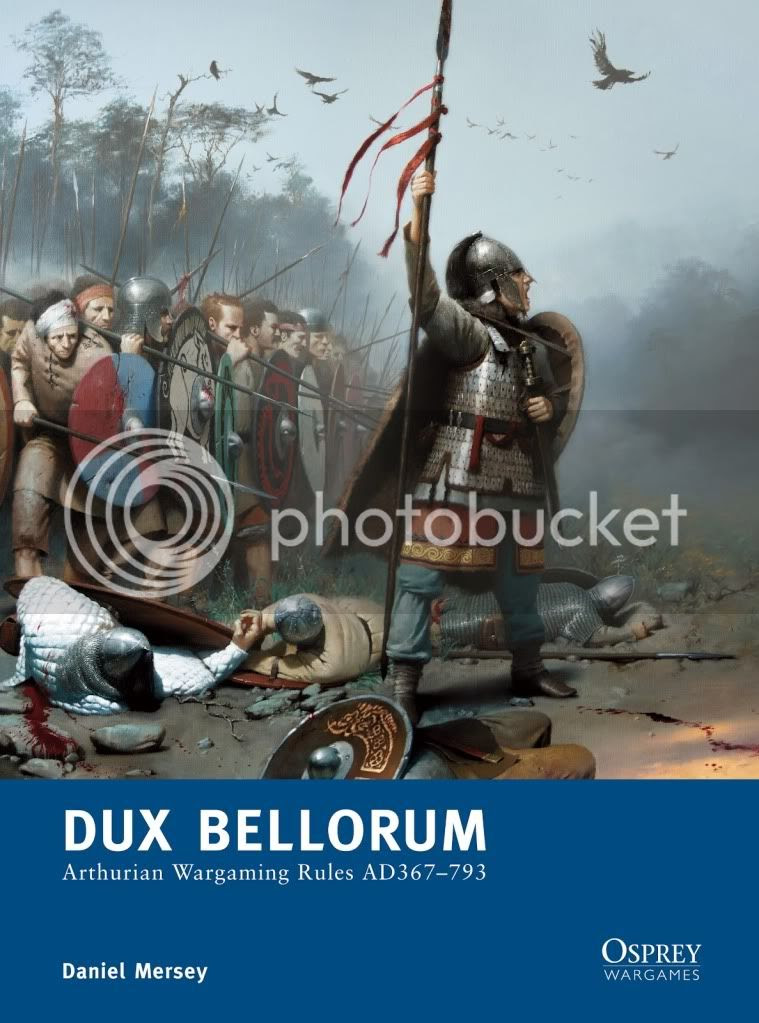